Hello Arthur, can you introduce yourself for those who do not know you yet?

Hello to all, I am Breton, and I am 23 years old, I’ve been doing Stand Up since I was 14 years old. I quickly entered on to the SUP circuit and I was in the first generation with hopes, to have believed and invest myself seriously. Now I have stopped competing in SUP competitions to devote myself entirely to Stand Up Surf. I moved to be with my father who lives in Reunion Island to improve my abilities on the board but more than anything it is to have fun on the water without special goals to achieve.

How were you first introduced to Stand Up Paddling?

When I was younger my dad was paddling, so that was the first introduction to SUP. After the first couple of strokes, I did not think it was very interesting, but my opinion quickly changed. At the beginning I was only Sup surfing with big boards which were difficult to manipulate, but it was something new and interesting enough which encouraged me to continue! Then I heard there were Races in Brittany. I think it really started for me at the North Point Classic hosted by Greg Closier where SUP surf and race SUP were mixed. I had a good result in the race, and it motivated me to devote myself entirely the SUP race part of the sport. This led me to many experiences participating in races in France and abroad for years that followed. I also had the chance to be part of the French team one year.

You announced your departure from F-One, why go to 3 Bay?

I recently announced my departure from F-One, a brand with which I am a great career, I gained a lot of experience in competition and knowledge in terms of equipment. It was really rewarding for me and they looked after me for a while. F-one was a partner who supported me mainly with SUP Race. However here I am on the island of Reunion and I am only doing Sup Surf. I am now interested in boards and shapes, and I wanted to get more involved in surf with high-performance handmade boards with constructions different from what we already see in series of boards.

I have known Patrice from the time when I was doing a lot of races, we saw each other at almost every event in France. My first motivation to turn to 3bay at first was the connection I have with Patrice, I knew we would be fine. The fact that he was the one who shaped and who was in charge was also a motivation for me, we just had to see each other to discuss, without going through someone else. The workshop of Patrice is 2min by car from where I live in Brittany (Vannes). And I was in France for the period of July August, so it was a good fit.

Finally, I know that Patrice has a great know-how in the manufacturing of boards for a long time, as much for the Race as for surfing. And today even Prone Paddleboard. He is versatile and passionate, who has managed to adapt and evolve with development in the sport. That’s it, I immediately hooked up with Patrice.

My goals for 2019 are to continue to improve my surfing, gaining experience and technique. Develop the Surf Sup part with Patrice by making him back on the boards and understand the specificities of shape. In Reunion, I have access to waves of quality and quite varied, with a great frequency of session, it thus leaves me the time to try the boards, the configurations of fins, to repeat things and thus of learn. For 2019 I have no goal, apart from going to the water and doing even more surfing, discover new things on the boards too. Then participate in local competitions.

I qualified this year for the French championships by winning the Reunion championships, but I was unable to participate due to an injury. Maybe next year. 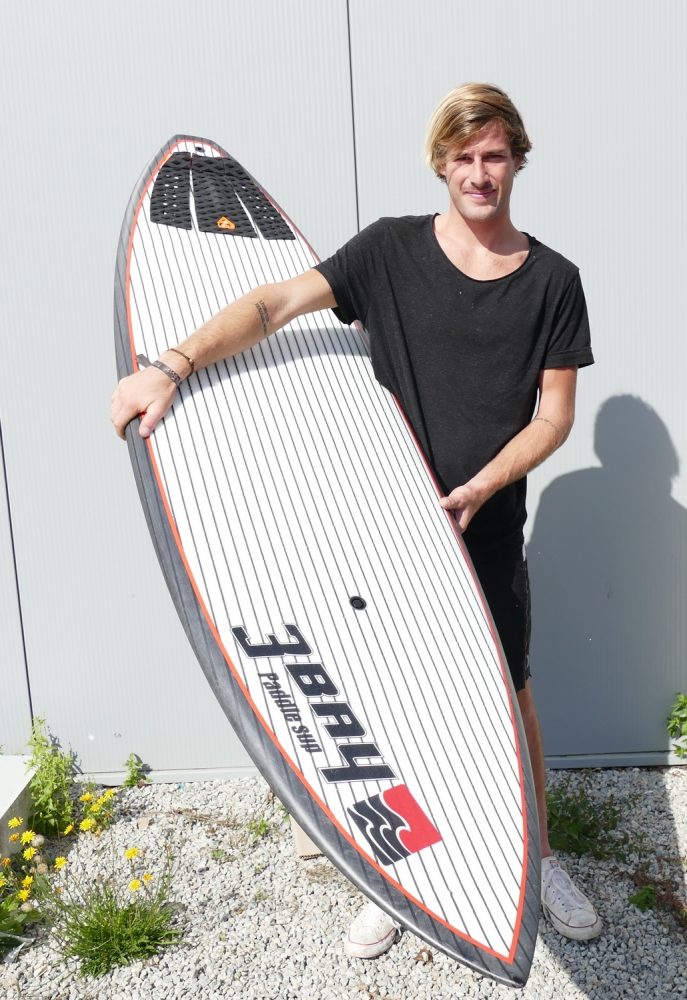 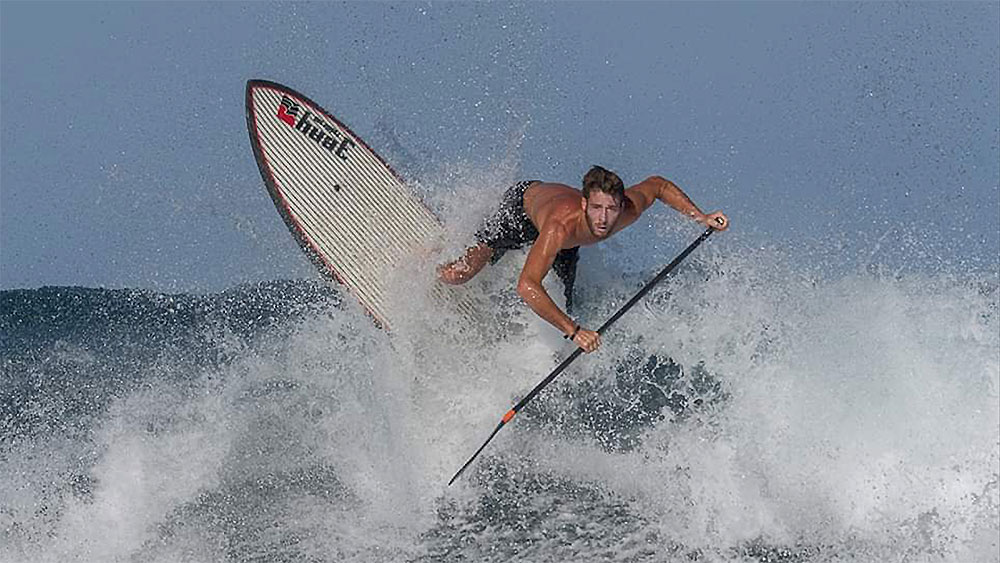 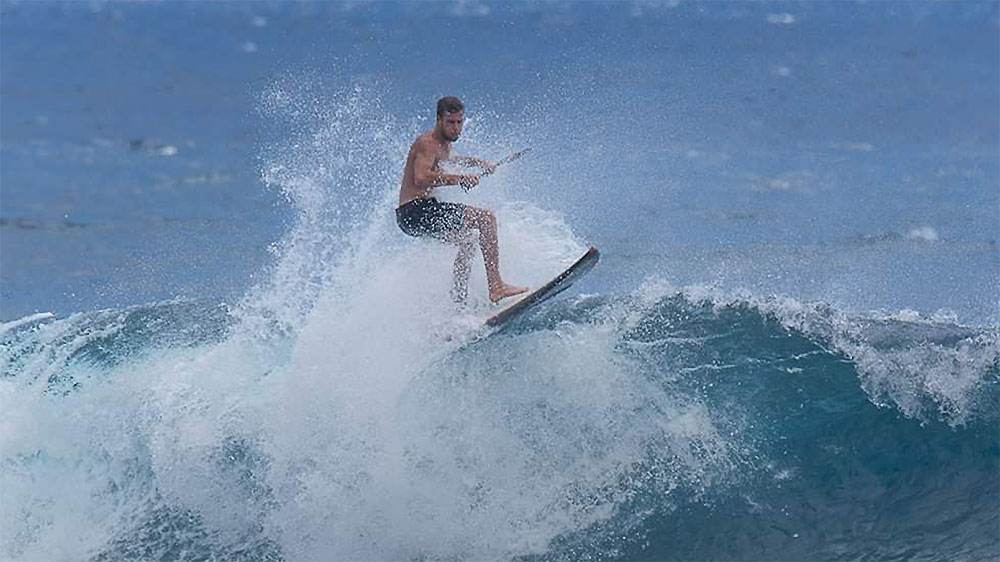