3 BAY ALLWATER GWENED is the ideal board for long surfs on the open ocean. As well on choppy waters created by medium to strong winds, even on inland water such as rivers, lakes and canals. Its all in the curve of the rocker line, which means this board will glide over the small choppy waves for several hundred metres.

The ALLWATER GWENED is also very fast and reactive on flatwater because of its rigidity and lightness. Hence the decision to name it the ”ALLWATER” instead of the DOWNWIND.

The 3 BAY ALLWATER GWENED is normally shaped in the widths between 22″ and 28″, and only available in BRUSH CARBON construction. It has three fins in the tail, to improve its stability and maneuverability in the big conditions or for big paddlers.

The BRUSH CARBON construction helps to obtain a rigid and light board as well as being very robust. It consists of a stratifaction on both sides with a carbon twill of 160g/m², a layer of fibreglass 105g/m². We have also added extra reinforcement of a 10cm wide Innegra carbon ribbon, on the sides and several other areas with Bi axial Carbon, on the deck and the core is high density PU Foam under the fin boxes.

We made to order and custom measurements, all the 3 Bay paddles, especially for you. This means that we’ll have the choice of dimensions (Length, width, thickness and volume) to best suit your size, level of practice, age and physical condition.

Then you will have the choice of colours and decorations (some examples of which are visible on this page and on the DECORATION page). But also some optional equipment, such as: the deck net on the front, additional carrying handles, RS PRO rails protections, the 3 Bay board bag, but also FCS Plug attachments fo a GoPro (and similar) to the board, etc …

The order can be taken during your visit to the 3 BAY workshop and your meeting with shaper Patrice Remoiville. Or during a phone conversation, with him. 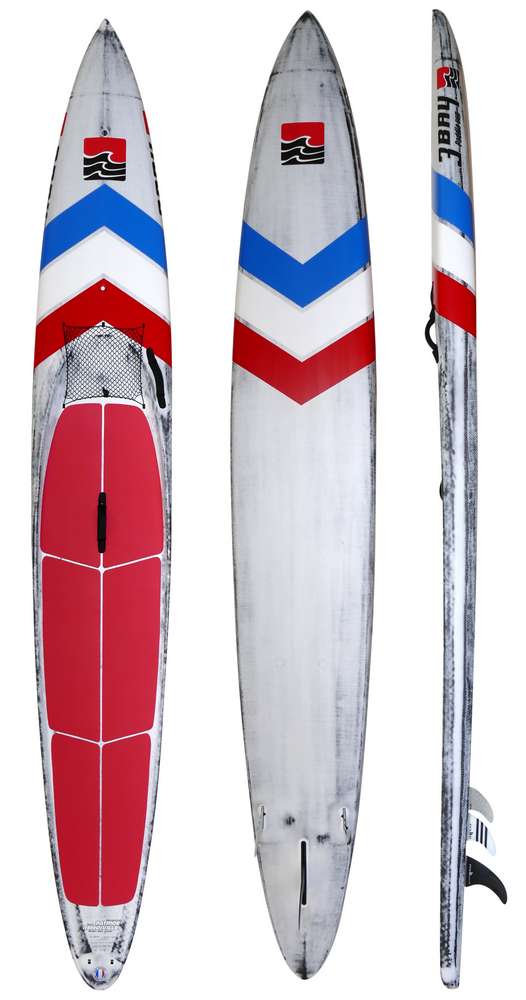 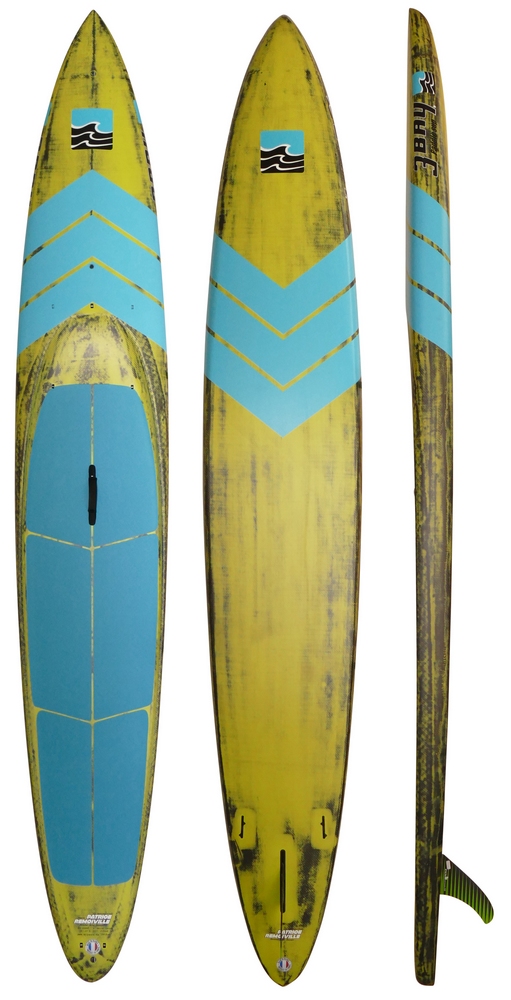